A serious car accident can be one of the most traumatic experiences a person will go through in their life. In addition to the physical and emotional toll a car accident can cause, victims are usually overwhelmed by high medical bills and lost wages. If you or a loved one were injured in a car crash, the Santa Rosa car accident lawyer at the Law Office of Kasra Parsad can help with the insurance and legal process by answering your claims-related questions and helping you obtain the compensation you deserve. 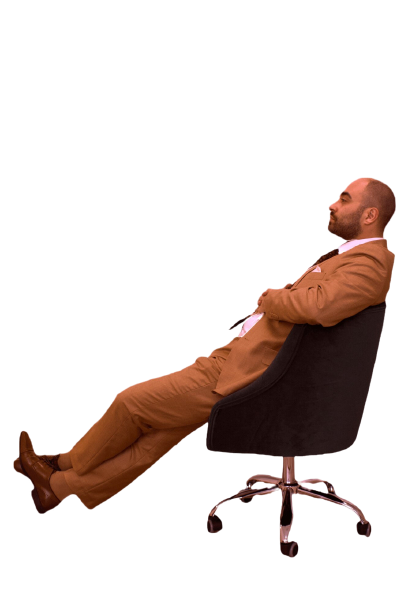 Car accident crashes are a leading cause of death and injury in the United States. Based on data collected by the Statewide Integrated Traffic Records System, there were 1,625 crashes in Sonoma County in 2021 – with 49 deaths and 2,178 injuries. Drivers in California have to drive safely and avoid negligent behavior that would put other individuals at risk of danger. Some common causes of car accidents are because of:

Unsafe Speed: The goal of speed limits is to increase road safety and reduce the risk of traffic collisions. There are many reasons why a driver may speed, like running late or some emergency. Whatever their reason, the potential for losing control of a vehicle increases when drivers exceed the speed limit. After all, the faster you drive, the slower your reaction time. A driver who disobeys these simple rules of the road can be held liable for their disregard of posted speed limits.

Driving Under the Influence: Driving under the influence is one of the most reckless things a driver could do. Not only are they subjecting themselves to harm, but also other motorists. You are entitled to a car accident claim if you were involved in an accident with a driver who was driving under the influence of drugs or alcohol. Driving while intoxicated is an engriegous type of negligence and those drivers should be held accountable for their actions causing harm.

Distracted Driving: One of the leading causes of car accidents is distracted drivers. The only job a driver has behind the wheel is to drive safely to their destination. It only makes sense that accidents happen when drivers are distracted because their focus is not on the road. A driver can be distracted for many reasons, like using their phone, playing with the radio, eating, fatigued, doing their make-up, or some other reason that requires them to take their eyes off the road.

Defective Vehicle: Vehicles have to withstand meticulous testing before they can be sold to consumers. While we put faith in manufacturers to make a vehicle that is not defective, error does happen. These include faulty breaks, poor tires, or other manufacturer issues that can cause an accident.  If you were unable to control your car and caused an accident due to a defect by the manufacturer, you may be entitled to a claim.

Unsafe Roads: Poorly maintained roads can cause accidents. While these accidents can be unavoidable, you may still have a claim if someone’s negligence caused the road conditions that caused your accident.

Speak with a Santa Rosa car accident lawyer from the Law Office of Kasra Parsad today to learn more about your case and whether your car accident warrants a personal injury claim. You never know how a competent lawyer might be able to help you, so there is nothing to lose by getting in touch with our office. Our complimentary consultation comes at no cost and we work on a contingency fee basis, so you don’t pay a cent unless we can recover for you.

Car accident injuries can range from soft tissue damage to life-changing injuries. We understand how these various injuries can impact a person and the best way to help them obtain a compensation award that is just and fair. Our Santa Rosa car accident lawyer helps clients with all types of personal injuries arising from car accident claims, such as:

We also help our clients obtain compensation for nonphysical injuries. In California, plaintiffs are allowed to seek compensation for their emotional, mental, and psychological suffering in addition to their physical pain and economic losses. The Santa Rosa personal injury lawyer at the Law Office of Kasra Parsad can help you seek a just amount for your pain and suffering, emotional damages, grief, and distress after an auto accident.

California law requires all drivers to possess insurance. There are a few ways drivers can comply with the law. At a minimum, drivers must have:

2) $15,000 in personal injury insurance for death or bodily injury for one person, and

3) $30,000 in personal injury insurance for death or bodily injury for more than one person

Compensation For Your Car Accident Claim

Each car accident is different. No attorney can completely guarantee a specific amount of damages for your case. Numerous factors determine the success of your claim and ultimately the amount of compensation you will recover. The following are some damages you may be able to recover after your motor vehicle accident:

Medical expenses: These costs include days spent at the hospital, surgery, prescription pills, transportation to the hospital, and doctor visits.

Rehabilitation costs: Depending on the severity of the injury, many clients need physical therapy or other forms of rehabilitation in order to recover from their injuries.

Future/Past medical expenses: Permanent, long-lasting injuries will continue to cost clients for many years to come. We seek compensation now to cover those costs.

Lost income: The severity of an injury can prevent clients from returning to work. This ultimately results in clients losing income and other benefits, leaving them struggling to support their families. We will always seek compensation for those losses.

Diminished earning capacity: Serious injuries can prevent clients from entirely returning to their job. As a result, some clients will have to take lower-paying jobs. We seek compensation to make up for this loss in earning power.

Pain and suffering: Injuries do more than cost you money. They bring emotional distress, pain, inconvenience,  and other losses. Though difficult to quantify, we will obtain compensation tailored to your individual circumstance.

California law provides that plaintiffs have two years to file a claim from injuries sustained in a car accident. If a car accident involved a fatal death, two years is also the limit for filing a wrongful death claim.

If, however, you are only seeking damages related to vehicle repair, California law gives Plaintiffs three years to file a claim. As soon as possible after an accident you should reach out to a car accident lawyer.

What To Do After a Car Accident

After a car accident in Santa Rosa, it may be hard to think clearly. But there are important steps you can take immediately following the accident to help build a strong claim. These tips can affect the outcome of your claim, so it is important to follow these tips to avoid any disputes about liability and damages. After a car accident, take the following steps:

How Can a Santa Rosa Car Accident Lawyer Help?

The last thing you want to deal with after a serious car wreck is fighting the insurance company over fair compensation for your harm. It can be tempting to accept the first offer the insurance company throws your way when your injuries are throbbing, bills are piling up, and you’re missing work and not making an income.  The insurance company is looking to protect their company’s profits. They accomplish this goal by offering you a lowball offer that will not fully compensate you for your medical expenses, lost wages, and other costs. Whatever the insurance company may tell you, they likely are not on your side when you file a claim against them.

As soon as possible, you’ll want to contact our Santa Rosa personal injury attorney to assess your options. You should never accept the insurance company’s first offer, let alone speak to the insurance adjuster, without consulting with a car accident attorney. Let our qualified attorney help you recover the fair and full compensation you deserve while you focus on your recovery.